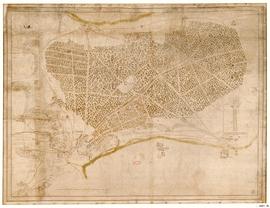 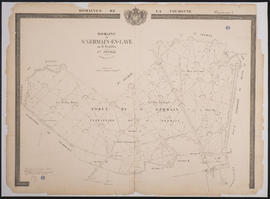 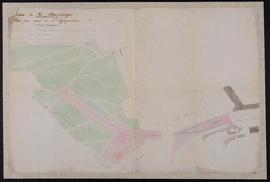 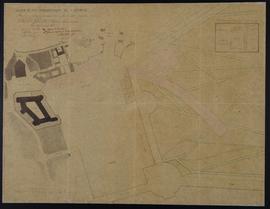 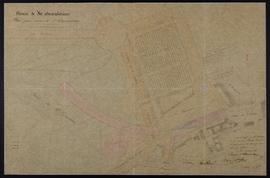 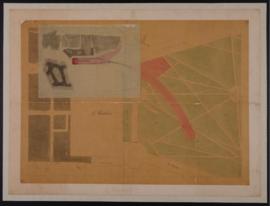 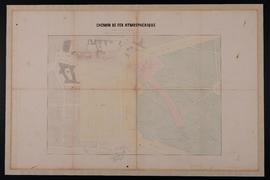 « [p. 182] After passing Mont Calvary, you drive on through several villages, and near Malmaison, and the heights and water-works of Marly, to this town, so long the favourite residence of the sovereigns of France, and afterwards of the last of the Stuart kings.
Its imposing chateau presents no interior attraction : wanting furniture, it looks like what it has occasionally been used for [p. 183] a barrack : and now its only tenants are the porter, and his family. His daughter, a lively brunette, showed us over it, and, on coming to Madame La Valière’s apartment, she pointed to the ceiling, in which there is ingeniously concealed by the moulding, a trap-door, by which to avoid the vigilance of his mother, Anne of Austria, Louis XIV descended to his mistress. I need not give you further description of this deserted caravansery, or its very richly decorated chapel.
In the Place d’Armes, opposite the château stands the new church, with a large Doric portico.
Its altar is splendid. On the left is a very small free-stone monument, within a slight railing : the inscription tells us that, beneath it repose the remains (les dépouilles) of James II King of England.
I recollect reading somewhere, that a superb monument, to be erected over it, was executing, during the reign, and at the expense [p. 183] of, George IV. I know nothing of the circumstance, but I suspect that the design (I wish you would ask Mr. Hume) has ended in a mere job ; for, within the railing there are three or four pieces of marble, evidently intended for a monument, laying among some straw, which apparently surrounded the case in which they were packed. If put up, they would form such a monument as the widow of a Parisian shoemaker would blush to see over the grave of her husband, at Père la Chaise.
Of the ancien forest called Sylvia Lida, which in the time of Charlemagne was the most extensive in France, that of St Germain is a remaining portion, which still occupies about 8,000 acres, surrounded by walls. It produces the most stately trees, and the finest timber that I have seen in France : roads and paths traverse it, and the walks, which we have found exceedingly pleasant, are frequented [p. 185] chiefly by genteel-looking persons. Guide posts to direct passengers, are placed where roads traverse each other ; and we frequently meet with crosses, erected at various periods, to commemorate known or forgotten events. Roebucks, deer, stags, and wild boars, are preserved her for the Royal Hunt ; and the Château de la Muette, in the centre of the forest, is the rendezvous à la chasse. The pheasantry is surrounded with walls, and annually sown with buck-wheat. The fairs of St. Germain are held twice a year in the forest.
The magnificent terrace, probably the most spacious in Europe, extending in front of the wood, along the elevated bank of the Seine, is a mile and a half long, and one hundred feet in breadth. The trees of the forest shade and shelter this once regal promenade, and a fine parapet and railing, rise along the whole edge of the abrupt height, which forms its outward boundary.
[p. 186] The view from the terrace, if not what tourists would consider enchantingly sublime, is certainly magnificent, in regard to prospect, and its landscape is truly rich in picturesque beauty.
Here often did the most amorous of Princes and the fair La Valière, promenade in the hey-day of youth and passion ; here did the bigoted James, and his gloomy confessor saunter, accompanied, perhaps, by the devoted Duchess of Perth ; and here now may some retired English families, and a few of the old, quiet inhabitants of St. Germain, be seen walking in pensive mood, when the evenings are calmly closing days spent, in lazy monotony : but the splendour of Royalty, the joyous revelry, the courtly amours, and political intrigues, from it are fled – in all probability, for ever.
As a mere town, I dislike St. Germain, it has scarcely a house worthy of notice.
The Hotel de Noailles, once a sumptuous [p. 187] residence, has been converted into barracks, which now form the imposing lodgment of the King’s body guard. »

After breakfast, we bent our course into the forest of St. Germain, which is upwards of eight leagues in circumference, occupying between two and three thousand acres, and presenting, in full perfection, the various diversifications of woodland scenery. The plantations chiefly consist of oak and beach ; but the timber, being suffered to remain in too crowded a state, does not grow to any considerable size. About a mile into the forest is a house called Les Loges : at the period of my first visit it was an academy for the education of young gentlemen, and where I passed several agreeable days in the society of my worthy friend H. I beheld its walls and turrets of conventual origin and construction with a pleasing – mourning emotion ; they reminded me of past enjoyments ; and they warned me of the rapid march of time. The present appropriation of this establishment is that of a Maison d’Education for the daughters of Members of the Legion of Honour ; an endowment of the Ex-Emperor, which does him honour ; and which is very properly supported by the Royal Government. « O si sic omnia ! » Would that Buonaparte’s institutions had in general been so deserving of commendation : how gratifying would the record of them be to that disposition which « nothing extenuates, nor sets down aught in malice. »
We were perpetually charmed in observing the effect of light and shade produced on the foliage, as, favoured with a serene and brilliant sky, we advanced into the [p. 83] heart, or ranged along the skirt of this vast wood. At intervals we find circular openings (called by the wood-men etoiles, or stars) : from these central points, four and sometimes six or seven paths radiate to a greater or lesser extent. In rambling through the different paths, our admiration is continually excited, either by the view of a beautiful country opening at their extremity, or by the luxuriant verdure of their branches, which intertwining form long alcoves. The tints of the embowering leaves, now sinking into a gloomy shade, now bursting into light and vivacity, as their degree of density renders them exposed or impervious to the sun, keep the eye unceasingly fascinated by the rapidity of transition or by the boldness of contrast. As we emerge from the forest, in the direction of the ancient and picturesque town of Poissy, the landscape becomes quite Arcadian. The course of the Seine, marked out by an extensive and elevated ridge of woodland is bordered with villages and country seats, whose walls of white stone, and roofs of blue slate, are in lively opposition to the green landscape. The stag and wild boar are hunted in this forest : we saw none of either ; indeed, « as to game » of any kind, it was little more than Boniface’s « couple of rabbits ». The Royal Gardes de Chasse seem to have here a very scanty charge compared with what generally devolves to the keeper of an English gentleman’s preserve.
Early in the afternoon we took leave of our friends at the Castle, and set out on our return to Paris. »

« [p. 57] We next arrived at a bridge which is peculiarly interesting from the situation in which it is placed. To the right appears an extensive succession of forest-scenery, diversified with chateaus, all built of stone, which, at a distance, assume the appearance of rocks, while the Seine beautifully meanders through an adjacent valley. To the left appears an expanded plain, with the river, which continually catches the eye, reflecting the beams of an unclouded sun, whilst a great number of towns, some of them of considerable magnitude, appear in front. The most prominent feature, however, is the forest of St. Germain, famous for the amusements of the chase which it afforded the kings of France, while that country could boast of kings. This celebrated forest is cut into rides, or green allées, three miles in length. The ground is too flat to give an air of grandeur to the scenery; but, speaking as a sportsman, that circumstance contributes to its real excellence, as the flatter the [p. 58] country the better for the chase. The First Consul has lately taken this forest under his special protection, and, as the game, which was almost extirpated during the revolution, is now replenishing, it will probably soon resume its ancient celebrity.
We arrived at St. Germain about five o’clock, and found the town, which is four leagues from Paris, superior to any we had hitherto seen in France, being entirely built of white stone. We dined at a beautiful inn called the Grand Cerf, and were glad to retire early to rest. This place is particularly worthy the notice of strangers, as having been the birth-place of Louis XIV and the residence of James II after his abdication of the throne of England.
The morning proving fine, we took an early breakfast, that we might have leisure to visit those places worthy of inspection. The palace is a grand pile of building, but, being converted into barracks, it is now considerably out of repair, although there are still many vestiges of its pristine magnificence. Most of the windows are broken, and the words Liberty and Equality are written every where on the walls, on those very walls which once formed the habitation of despotic power. How the Goddess of Liberty likes her present residence in France, I have not leisure to examine. England, you know, she has long made the place of her favourite sejour, but if our Gallic neighbours have not decoyed her away, they have, at least, set up her representative.
I must not omit mentioning the terrace, which commands a most sublime prospect; nor could I avoid recalling to my recollection the late unfortunate inhabitants of the sumptuous palace. The contemplation was unpleasant, and my spirits became still more depressed by a short conversation which took place between myself and our grey-headed conductor. He gave us to understand, that the remembrance of their decapitated master still reigned in the hearts of the inhabitants. He also [p. 59] complained much of the existing government, in consequence of which (though naturally averse to argue any point with persons of his description) I requested to know his reasons for thinking as he did? He replied, that bread was so dear. “But, my worthy citizen”, said I, “can the First Consul command the seasons?” “Monsieur”, said the old man, while the tears trickled down his cheeks, “Vous avez raison, je vois que j’ai eu tort”. I gave him a trifling present, and we parted, probably never to meet again.
I must observe, that the chief consul has hunted four or five times at St. Germain. But, as the stags are yet very scarce, he comes privately, and amuses himself, attended only by four of five general officers. He always rides very hard, and is particularly fond of horses. »

« I should have mentioned seeing the Castle of St Germain in the Morning as the French it is plain thunk highly of it, and praise the Prospect from the Garden Terras as we praise Windsor. The manifest Inferiority charmed me, and to see the Man shewing off a Royal Pleasure Ground not twice as big as our own Kitchen Garden, with little trimmed Hedges and small Shrubberies which he called a Forest, [p. 90] was comical beyond Expression. » 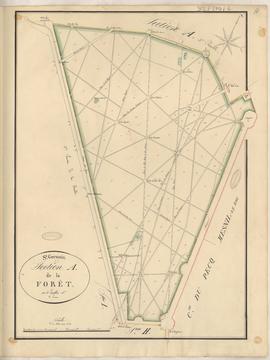 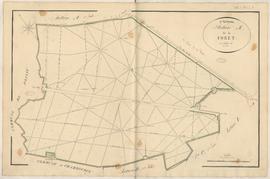 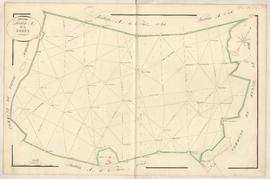 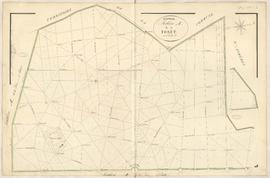 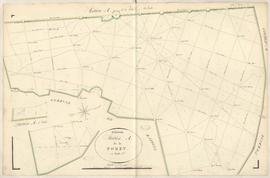 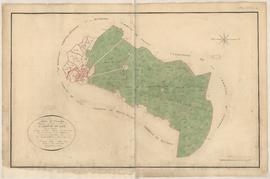 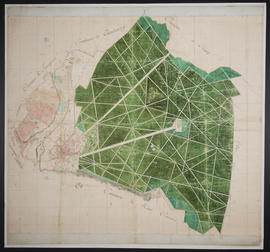 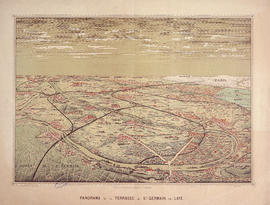 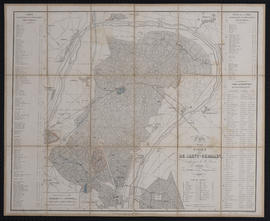 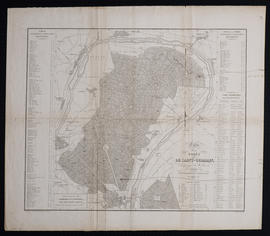