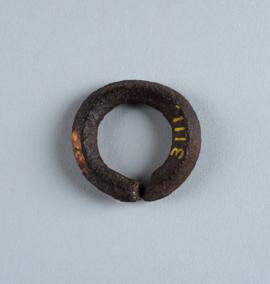 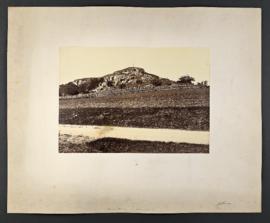 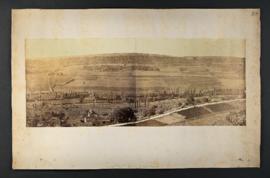 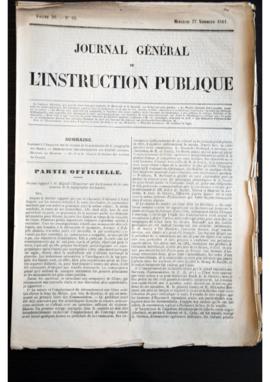 « [p. 119] We started at half-past eleven for the Forêt de Saint-Germain, with the whole party but Lord Clarendon, who could not go – we, with the Emperor and Vicky in our carriage. We drove from the garden door en poste through the park of Saint-Cloud. […]
We next came to Marly, or at leat to La Machine de Marly on the Seine, along which the road goes. It is very pretty, and there are many country houses here. At Marly another arch, and bouquets and an address presented. Soon after this we entered La Forêt de Saint-Germain, innumerable avenues, which at [p. 120] certain parts of the forest meet in a sort of cross, from which a great number of roads branch off up other avenues. This is very like the Forêt d’Eu, near Eu, which the poor King took us to, and was so fond and proud of, having lately bought it ! It was dreadfully dusty, the soil being very sandy (this is the case everywhere here, and makes it very healthy). The sun had came out, and altogether it became oppressive.
We arrived at about half-past one, or a little before, at La Muette, small rendez-vous de chasse with a few rooms in it, which were again all ready and prepared for us. […]
[p. 122] After luncheon, and talking together some little time, we went into the front room or hall, where we sat down, and I sketched a little and listened to the music, which was very pretty. The Emperor was very gay, and danced with the children. We left again about half-past three, drove along through the fine forest, and along the terrace of Saint-Germain, which commands a most beautiful and extensive view, and where we stopped for one moment to look at a sketch a man was making. We drove straight up to the old Palace of Saint-Germain used originally to live, and the early kings also had their residence. Mdlle de La Vallière lived here, and also our James II, who died here, and is buried in the church, which, however, we did not go to see. The palace has latterly been used as a barrack and a prison. We got out and went up to see it, particularly the rooms of James II and La Vallière. The Emperor has lately recovered the property, and intends to try and do something with it ; but he was much disgusted when he saw the state of ruin and filth in which it is.
From here we retunerd direct to Saint-Cloud, by quite another road, through Chatou. […]
[p. 153] Before I close the account of this ever memorable and delightful visit I will just add a few remarks about the principal Palaces, which ought to have been in the proper place, but which, from multitudinous interruptions, I omitted. […]
[p. 154] Versailles was an ancien hunting lodge, built by Louis XII. Louis XIV, when he left Saint-Germain (the ancient palace of the kings, and where Charles IX and Louis XIV were born, and Louis XIII died), built the splendid palace. »